Seek Thermal is one of those companies that, even if you don’t know its name, it’s been used by industry experts and people you would trust your life too. Recently we noticed that Seek has been growing a strong set of consumer tools as well. Over the last few years, they added on smartphone attachments for both android and iPhone users opening up a whole new category for them.

Available in three different options, Compact ($249USD), CompactXR ($299USD) and CompactPRO ($499) the Compact series are essentially cameras that attach to your mobile phone or device and come in lightning for iPhone, and Micro-USB or USB-C for Android devices.

Now in the past, the costs associated with thermal camera systems like these have restricted their usage and kept it out of the consumer market. Luckily, advancements in technology over the last few years have made these much more affordable.

We will be taking a closer look at Seek Thermals CompactPRO. Seek Thermal’s design isn’t the most rugged design as the Flir One feels more rugged, but the CompactPRO is exactly as advertised, compact. The rectangular unit has dimensions of 1″ x 1.75″ x 1″, and weighs approximately .5 oz. In addition to the 320×240 thermal sensor inside the unit, the CompactPRO and leverages the phones built-in camera. The field of view is 32 degrees. Most consumer thermal imaging cameras have a video frame rate that is capped at 9 Hz while the Seek Thermal CompactPRO is capped at 15 Hz. 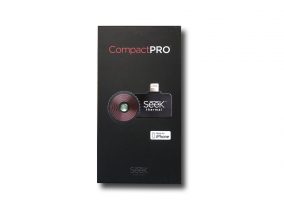 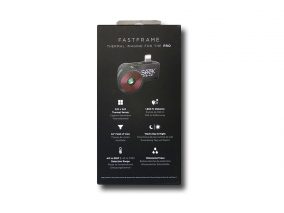 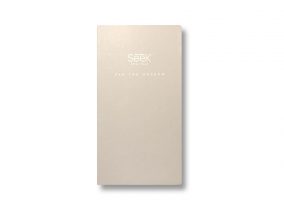 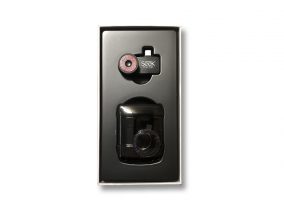 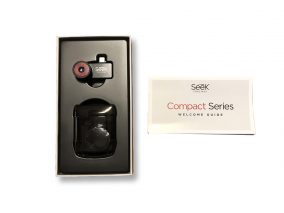 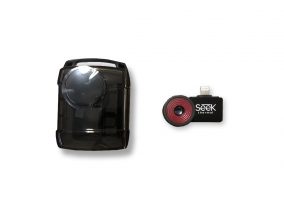 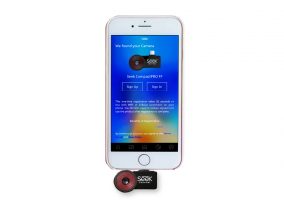 Seek Thermal’s design isn’t the most rugged design as the Flir One feels more rugged, but the CompactPRO is exactly as advertised, compact.

The app is available for both iOS and Android (but must use the proper version of CompactPRO) and is extremely easy to use. You start by registering the product and then you are ready to go. Some great features besides filters and include the ability to disable the Seek logo watermark, and add your own time and location stamps to pictures. 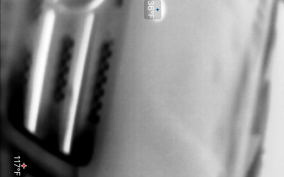 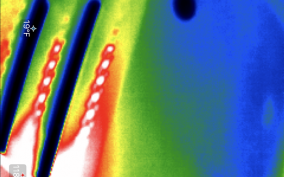 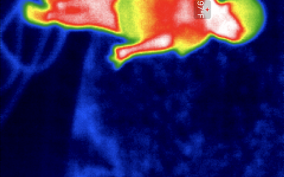 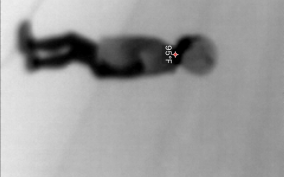 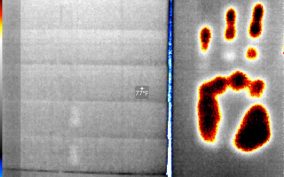 Thermal after placing hand on wall 1 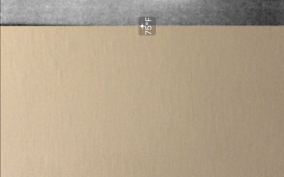 Thermal after placing hand on wall 2 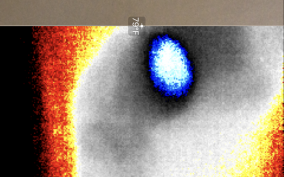 side by side of roof water leak

The picture quality isn’t the best looking, even with the higher resolution thermal camera but the data generated more than makes up for it. Keep in mind thermal cameras like the CompactPRO are not intended to take photos or videos for entertainment purposes. They’re intended to measure temperatures across their view and show hot and cold spots to do thermal testing on products or identify problems that need to be addressed. Its a tool for plumbers, electricians, insulation experts, Lab techs and even carpentry, and can be extremely useful to contractors who need to find where a draft is coming from or a pipe is leaking.

To be honest the Seek Thermal CompactPRO isnt for everyone but it is the best thermal tool solution I have used by far. However, unless you are a firefighter, blacksmith, or someone who is highly specialized in dealing with extreme temperatures, you probably won’t find much need to use the CompactPRO.
Now I did have tons of fun with it, as I took a ghost hunter tour of my house. I walked my house in pure darknes and I am glad to report that no one came out to say hi. Unfortunately (Although many might say fortunately), I did end up finding a water leak.
Pros:
• Easy setup
• App very easy to navigate and figureout.
• The Highest resolution available compared to similar smartphone thermal cameras
• Temperature range (-40°F to 626°F)
• Picture and Video-recording
• Very Compact
• Protective carrying case
• Does a great job detecting thermal variances.
Cons:
• Thermal image noise.
• The side by side is a little off as it uses phone built in camera which is to far from thermal camera to do a proper image side by side.